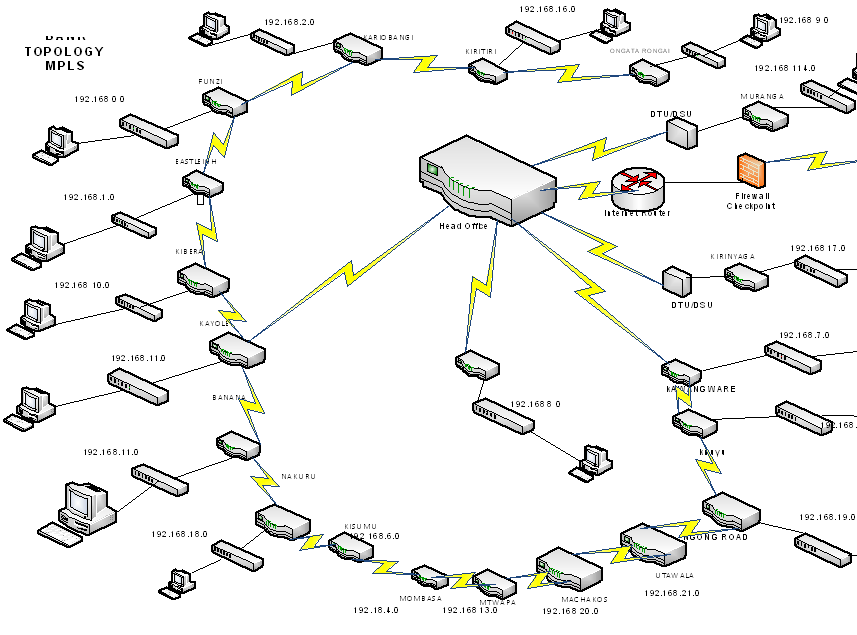 95% of insider threats are usually men.

Insiders that communicate and facilitate adversary groups are typically trusted male employees, which is constituted by some sense of failure in their life or need of money and lack of success which still outlines to that sense of failure.

During majority of the engagements and CNE operations, OnNet CNO team develops and collects intelligence on the insider threats involved and usually ends up identifying, a male between the ages of 28-40 years old.

The six threat actors OnNet tracks in Kenyan are Nairobi based financial groups that broke up from the primary AFT, and all five of them have the same TTPs when they approach insiders except SilentCards.

SilentCards approaches anyone with physical access to the building often involving guards and janitors and then offers them money. The insider assists them with the delivery of a rogue laptop to the institution’s building.

We have witnessed a Janitor/Cleaner photograph statements and software queries from an office late in the evening and send them to an AFT operator via social media as seen below.

The same AFTs have used a communications officer in a different instituton to get names of all Western Union tellers, their usernames and emails as seen below.

Though Forkbombo used to work well with SilentCards over a couple years, predominantly the former concentrate on the personnel with an ICT background, collecting OSINT on the subject via LinkedIn, Facebook and other Social media platforms. Then in no time, they will communicate with him, to assist with installation of RUT backdoor. We have witnessed them approach an Accountant with some ICT background as stated on his LinkedIn profile, and such malicious insider would not only aid with the backdoor installation but forward copies of email threads so that the AFTs can understand the inner working of the banks systems.

The screenshot below shows a thread that was forwarded over to the AFTs.

Several batches are usually forwarded depending on the demand.

Some emails contain balances during loan heists when the AFT needs to understand how loans are paid and the organization’s/client’s with bigger credit.

This was a big Modus Operandi for another Threat group OnNet tracks codenamed GrapZone which specialized in loan sabotage, credit manipulation and bill de-credit operations.

With the insider threats growing and evading several security checks, a lot of institutions are under attacks everyday.

Building a framework to spy (DITU) or setting up UEBA solutions on the employees can get disastrous and expensive, rather educating them and establishing a culture of accountability can minimize such risks and inflict less harm to the organization already targeted by the AFTs.

Our CNO team that is selectively tasked with offensive operations to gather CTI, for our customers so as to arm them with the most accurate intelligence, stumbled on a server, early 2018, that was used for a larger heist late last year, where the actor made 400,000,000 + KSHs payday. Due to the fact the institution is not our client and has not directly or indirectly contacted us for approval to post this blog and the laws of Kenya do not agree we do so, we can’t name the affected institution, rather we can provide details of how such a heist occurs according to our research, observations and intel collection.

SilentsCards threat actor is a home grown AFT and is an offshoot of Forkbombo Group. They started their robberies late 2017 and have been heisting organizations with lots of millions lost for the last one year. This group inherited the old version key logger used by Forkbombo and perfected it for collection of key logger data in a targeted environment.

The latest code used in several banks, after reversing has the main Def as OnKeyBoardEvent() and the file is usually saved up as tech_kg.py.

The second part specifies where the files logged are written into, by default SilentCards saves them in UserProfile as seen below with tar.gz as an extension to fool inexperienced analysts.

By default, you will find these outputs in the home directory of the user who is logged, which by default happens when the users gets into their system after logging in.

The logger PE is usually copied and saved into Startup folder which is an older TTP, that ForkBombo group used back in 2015-2017 and then abandoned and started using Scheduled-tasks, Registry and Drivers for persistence.

SilentCards still saves them in startup directory as :

In short, SilentCards have not improved their operations to try defend their tactics in the long run, but there is a time, our Defenders ended up in a fire fight with SilentCards, as they tried to defend a module they used for CnC during a Breach Readiness service.

SilentCards are known to use AnyDesk for Remote Administration, they are known to use GoToMyPc since 2015, and with collaboration with PsExec, they can laterally move through the ICT Workstations deploying key logger and through the DataCenters dumping passwords and other essential access tokens with use of an open source tool called mimikatz.

Our CNO team observed as they collected Windows creds, and later targeted Card Center servers, by either looking for the server owners and collecting their SSHD credentials. By default most organizations usually have default passwords they set up for users, and on this bank they used three different default passwords.

SilentCards was also interested on the initial entry to get into a box called Polarisprapp01 and Eqc-VC01. Using these two servers, just like their sister threat actor, Forkbombo group, they started coping all Audit Reports generated by the institutions from the auditors workstations for further review of the institutions situation awareness and Risk Analysis and copied them via Eqc-VC01 an internal server, to a C2 server overseas.

After collecting as many credentials as they could, 400 Million Kenya Shillings was moved in batches, crediting fictitious accounts, then accessed either via VISA/MASTERCARD overseas or with use of Mobile Money Transfers. Unlike Forkbombo which has several money mules, SilentCards relies a lot on foreigners for quick transactions outside the country.

We believe this threat actor is still active in different infrastructures and is planning to attack another institution this Easter by running huge transactions. By raising community awareness, we intend to minimize damage and loss to your customers and to ours by maiming their activities and capabilities when exploiting infrastructures across East Africa.